Effective October 25, 2012, sponsored spouses or partners must now live together in a legitimate relationship with their sponsor for two years from the day they receive permanent residence status in Canada.

If you are a spouse or partner being sponsored to come to Canada, this applies to you if:

If your family member is a permanent resident, they can live, study and work in Canada.

If you sponsor a family member to come to Canada as a permanent resident, you must make every reasonable effort to provide for your own essential needs and those of your family. You are responsible for supporting your relative financially when he or she arrives. As a sponsor, you must make sure your spouse or relative does not need to seek social assistance from the government.

Sponsor your other eligible relatives

If you sponsor a relative to come to Canada as a permanent resident, you must make every reasonable effort to provide for your own essential needs and those of your relative. You are responsible for supporting your relative financially when he or she arrives. As a sponsor, you must make sure your spouse or relative does not need to seek social assistance from the government.

You can sponsor a person as a conjugal partner if

If your sponsorship is successful, your conjugal partner becomes a permanent resident of Canada but cannot exercise any rights or privileges associated with common-law status until you have cohabited for at least one year.
Note: There is no provision for fiancé(e)s in Canada’s immigration legislation. If you are the fiancé(e) of a Canadian citizen or permanent resident, you must marry before the immigration process takes place. Conjugal partners are not fiancé(e)s and are not fiancé-like (that is, intending to live together and begin a conjugal relationship).

You cannot sponsor a person as your spouse, common-law partner or conjugal partner if

Further, you cannot sponsor a person as your spouse

C. is 22 years of age or older, has depended substantially on the financial support of a parent since before the age of 22 and is unable to provide for him/herself due to a medical condition.
Dependent children must meet the above requirements both on the day the Case Processing Centre in Mississauga (CPC-M), Ontario, receives a complete application for a permanent resident visa and, without taking into account whether they have attained 22 years of age, on the day a visa is issued to them.

On February 18, 2005, the Minister of Immigration announced a new public policy under which legal immigration status is no longer a requirement for spouses and common-law partners of Canadian citizens and permanent residents in Canada, who wish to apply for permanent resident status provided that they have an eligible sponsor. However, all other eligibility requirements continue to apply. In addition, to be able to continue to work and study in Canada, an application for extension must be received by CIC before the work or study permit has expired.

When you sponsor persons who are members of the family class, you must sign an undertaking with the Minister of Citizenship and Immigration (or with the Ministère de l’Immigration et des Communautés culturelles (MICC) if you live in Quebec) promising to provide financial support for their basic requirements and those of their family members immigrating to Canada with them. Basic requirements are food, clothing, shelter and other basic requirements for everyday living. Dental care, eye care and other health needs not covered by public health services are also included. The undertaking ensures these persons and their family members do not have to apply for social assistance. Its length varies according to their age and/or their relationship to you. Your obligations as a sponsor begin as soon as the person you are sponsoring and, if applicable, his or her family members arrive in Canada. The following table shows when your obligations end.

If payments from a federal, provincial or municipal assistance program are made during the validity period of the undertaking to the person you are sponsoring or his or her family members, you

You may be eligible to sponsor if:

You are not eligible to sponsor if you are in default of a previous sponsorship undertaking, of an immigration loan, of court ordered support payment obligations or of a performance bond (an amount you agreed to pay as a guarantee of performance of an obligation under the immigration legislation).

Default of a previous sponsorship undertaking means persons you sponsored in the past have received social assistance during the validity period of the undertaking.

Default of an immigration loan means you received a transportation, assistance or Right of Permanent Residence (previously Right of Landing) Fee loan and have not made a required payment or are in arrears with your loan payments.

Default of any court ordered support payment obligations means you were ordered by a court to make support payments to your spouse, common-law partner or child and have neglected to do so.

Default of a performance bond means you have not paid the sum of money that became payable to the Canadian government following a promise you made to pay this sum if the person specified in the performance bond that you signed or co-signed did not comply with the conditions imposed on him or her by immigration authorities.
If you are in default of a previous sponsorship, of an immigration loan, of court ordered support payment obligations or of a performance bond and you submit an application to sponsor, it will be refused even if you are sponsoring your spouse, common-law partner, conjugal partner, or child.

Also, you cannot sponsor a person for whom you have submitted a previous sponsorship application and no final determination has been made with respect to that application.
Additionally, you are ineligible to sponsor if:

All family members of a would-be immigrant, whether accompanying or not, must be examined. If you previously made an application for permanent residence and became a permanent resident of Canada, your family members who were not examined in accordance with Canadian Immigration Regulations at the time you made your application, are excluded from the family class and you may not sponsor them. 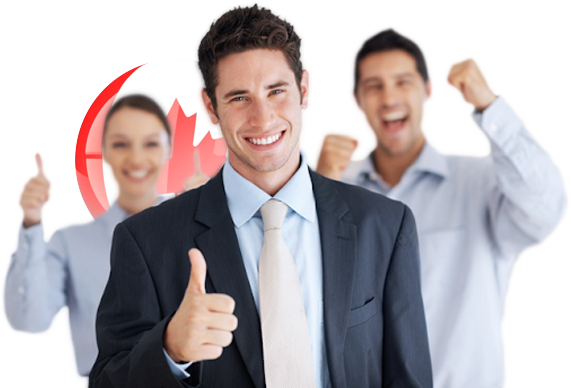